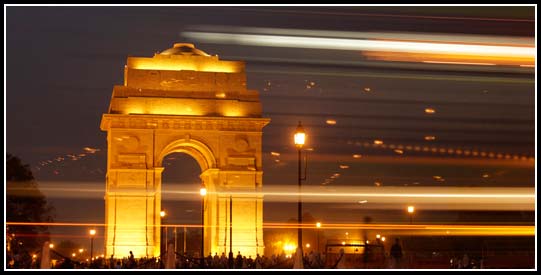 Enjoy all the Best sites of Delhi in a Day Tour


08:00: Pick up at your hotel and start the visit of India's capital city, with your dedicated car with an English-speaking tourist driver.

In the morning you will visit:

Red Fort
Built by Shahjahan, the builder of the Taj Mahal in Agra, the construction lasted from 1639 to 1648. (Closed on Mondays)

Chandni Chowk
Go for a ride on a rickshaw through the clogged colorful arteries.

12:00: Lunch break. Your driver will suggest you some fine lunch places offering delicious Indian food. Tell him your budget and he will be glad to take you to resaturants where you can taste the delicious indian Murghal cuisine, such as Tandoori chicken, Daal, Paneer, Tika Masala, Naan and much more...

In the afternoon (once you finished lunch) visit:

Humayun's Tomb
Delhi's finest example of Mughal architecture. Built by Humayun's widow, Queen Haji Begum in the 16th century, it is supposed to be the prototype of the Taj Mahal in Agra.

Akshardham temple
The Hindu mandir is one of Delhi most famous sites. The very recognisable building displays millennia of traditional Hindu and Indian culture, spirituality, and architecture.

Lotus Temple (Bahai Temple)
Situated on top of the Kalkaji Hill, it known as Lotus temple due to its distinctive lotus shaped design in white marble. It was built in 1987. The temple signifies the purity and equality of all religions.

Parliament House
Designed by the British architects Edwin Lutyens and Herbert Baker in 1912, the Indian House of Parliament (as it was originally called) opened in 1927.

India Gate
Take some time to enjoy the wide open area and large avenues of India Gate, and mingle with locals.


Your Car: Tata Indigo with A/C

Your tour does not include:
- Any meals or drinks
- Expenses of personal nature such as tips, telephone calls, laundry, liquor ...
- Entrance fees during sightseeing
- Any other item not specified